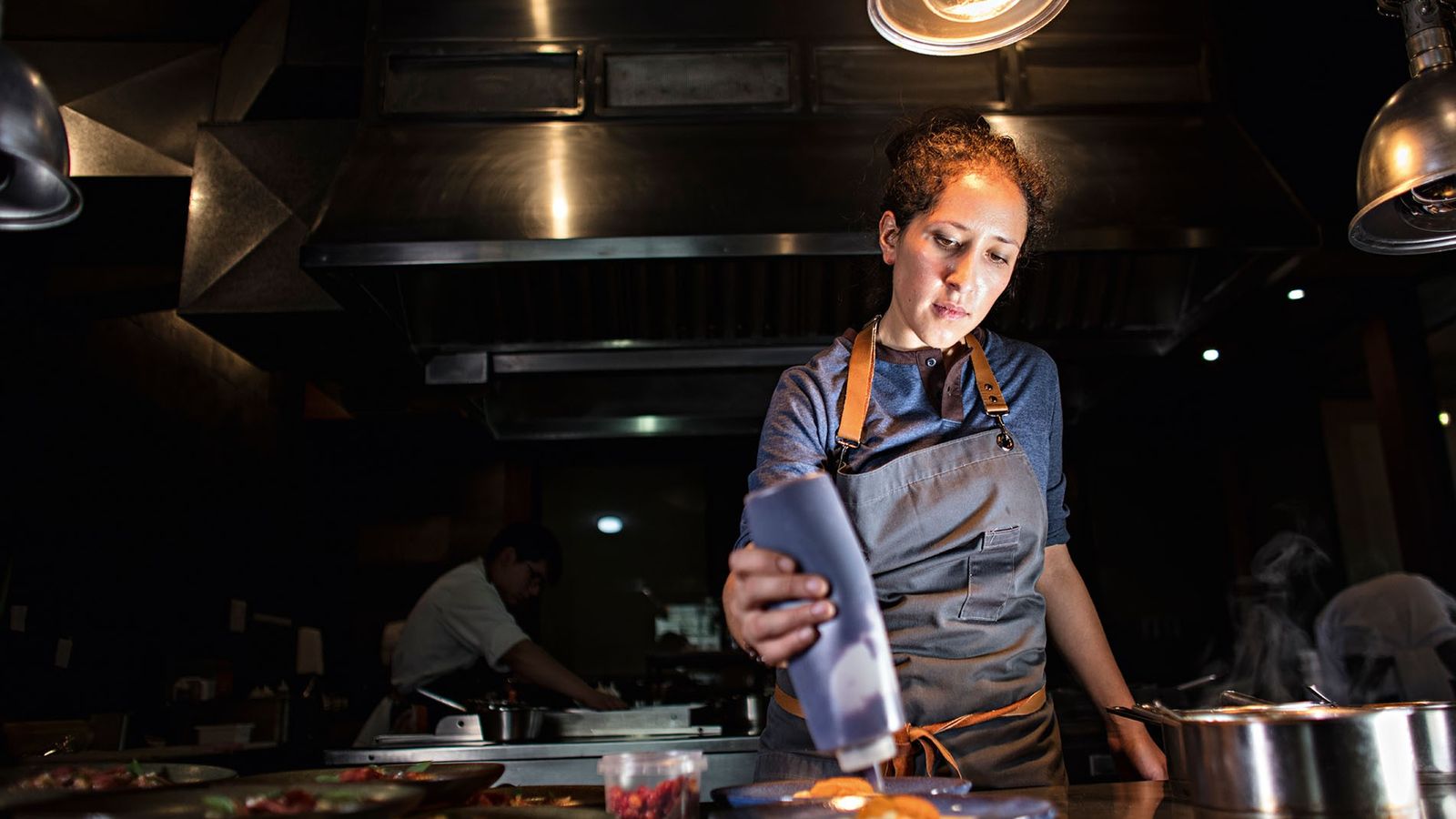 The pioneer: Marsia Taha on bringing traditional local cuisine to the brink of extinction

Until relatively recently, you would never have found the words ‘Bolivia’ and ‘haute cuisine’ in the same sentence. But in 2013, when Claus Meyer (from Noma, with two Michelin stars) and his Melting Pot foundation opened Gustu, the country finally got a glimpse of gourmet success. A year after its opening, La Paz restaurant, serving 100% native Bolivian products and designed to help local chefs progress in the industry, became the first Bolivian restaurant to appear on the list of the 50 best restaurants. from Latin America, appearing alongside the main actors such as Lima Centro and Ciudad de México Pujol.

Gustu solidified her reputation as a star on the culinary scene when, in 2017, Marsia Taha was appointed head chef, a remarkable achievement in a male-dominated industry. Not only was she one of the few Bolivian women to be in charge of a top-notch professional kitchen, but she was also the first to lead an internationally acclaimed one.

“Bolivian women have always been the feeder,” says Marsia. “She is in command of our markets, our soup kitchens and our street food stalls, which are the pillars of Bolivian cuisine. But look to the larger professional kitchens, and men suddenly become much more responsible than women. ”

Challenging gender stereotypes was not Marsia’s only undertaking. Since becoming head chef, she has partnered with the Wildlife Conservation Society, an NGO dedicated to protecting Bolivia’s unique ecosystems and species, in an effort to revive endangered ingredients and culinary traditions. In a one-of-a-kind project called Sabores Silvestres (“ wild flavors ”), Marsia and her kitchen team traveled to remote ecological regions, including the Amazon, the Andes, and the Altiplano, to learn about their unique flavors.

“For decades, we have been ignoring Bolivian products and turning to imported products,” says Marsia. But Bolivia is a country of infinite wealth. All we need as Bolivians is to begin to look inward with respect and pride, towards our deep and productive homeland ”.

And look in she has. Their latest menu, now made up exclusively of native products, features hard-to-find ingredients such as tuyu tuyu (beetle larvae), Tarija crab (small freshwater crab from Tarija, a city in southern Bolivia) and cured lizard (raw crocodile), all of which have been sourced responsibly from rural communities across the country.

“We [Bolivians] have changed our traditional eating habits for fast, processed and less healthy ingredients from the West,” says Marsia. “The sad thing is that this phenomenon is affecting our working agricultural communities, and thousands of Bolivian native products are at risk [of disappearing].”