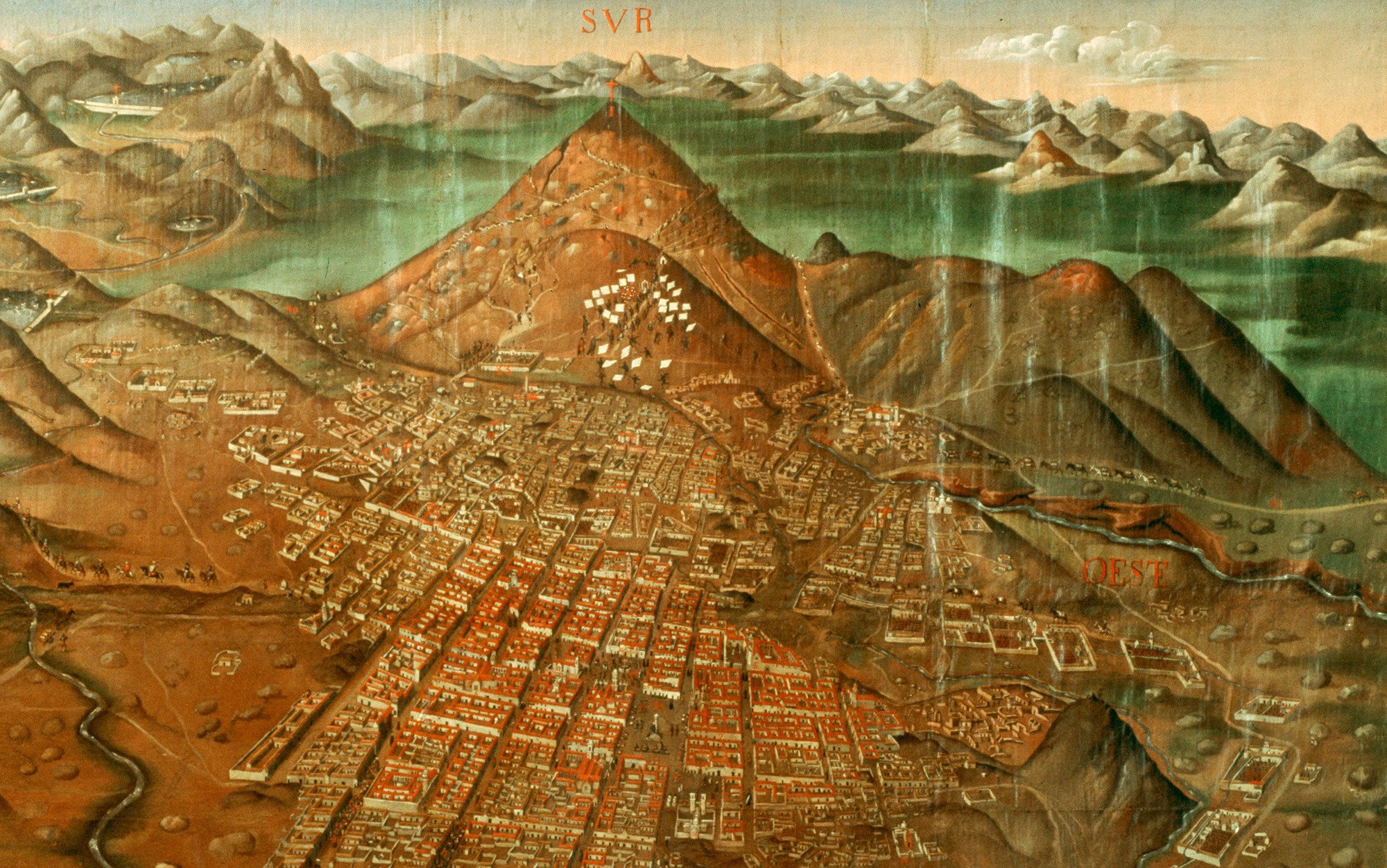 In 1678, a Chaldean priest from Baghdad reached the Imperial Villa of Potosí, the world’s richest silver-mining camp and at the time the world’s highest city at more than 4,000 metres (13,100 feet) above sea level. A regional capital in the heart of the Bolivian Andes, Potosí remains – more than three and a half centuries later – a mining city today. Its baroque church towers stand watch as ore trucks rumble into town, hauling zinc and lead ores for export to Asia.

Elias al-Mûsili – or Don Elias of Mosul, as he was known – arrived in 17th-century Potosí with permission from Spain’s Queen Regent, Mariana of Austria, to collect alms for his embattled church. Potosí silver, Don Elias believed, would stave off the Sunni Ottomans and Shiite Safavids who battled for control of Iraq, periodically blasting Baghdad to smithereens with newly scaled-up gunpowder weapons. Just as worrisome to Don Elias were fellow Christians, schismatics with no ties to Rome.

The great red Cerro Rico or ‘Rich Hill’ towered over the city of Potosí. It had been mined since 1545 by drafted armies of native Andean men fuelled by coca leaves, maize beer and freeze-dried potatoes. When Don Elias arrived a century and a quarter later, the great boom of c1575-1635 – when Potosí alone produced nearly half the world’s silver – was over, but the mines were still yielding the precious metal.

By 1678, native workers were scarce and the output of the mines dwindling. Yet in the city’s royal mint, Don Elias marvelled at piles of ‘pieces of eight’, rough-hewn precursors of the American dollar, fashioned by enslaved African men. He saw them ‘heaped on the floor and being trampled underfoot like dirt that has no value’. For a long time, Potosí’s medieval technologies kept producing fortunes, if on a smaller scale.